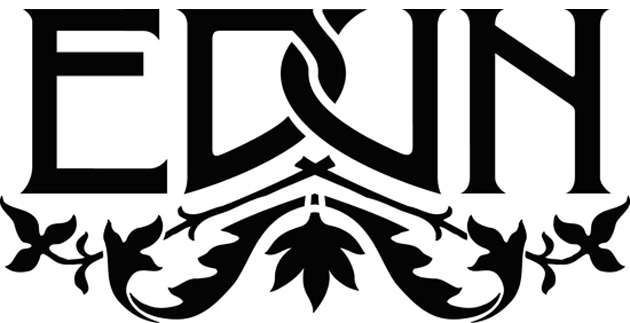 You might be surprised to learn that Bono has his own clothing company and that, contrary to the obvious assumption, it doesn’t specialize in orange-tinted sunglasses.

Bono started Edun with his wife, Ali Hewson, in 2005 and their goal was simple: make clothes the ethical way. They wanted to properly compensate their workers and promote fair trade in developing countries, specifically in Africa. And by all accounts they’ve done that with one small caveat: they’re hemorrhaging money.

Citing figures from Ireland’s Companies Office, Contact Music is reporting that Edun posted losses of about $7.8 million last year. That’s in addition to the $8.5 million lost in 2011.

The brand has been a money pit since it started. A quick look online says that they lost more than $13 million in 2007 and fared worse the following year. The Irish power couple put about $20 million of their own money into the company in 2010, but obviously hasn’t seen the returns yet. It’s unlikely they will at this point. Still, you’ve got to admire their sticktuitiveness, ill-advised as it so obviously is.

They say the loses are in line with their five year plan and projections. Yikes.
source: http://www.aux.tv/2013/08/bonos-clothing-line-loses-16-million-in-two-years/ There's a lot of mystery surrounding North Korean leader Kim Jong Il's current trip to China. For one, why's it so hard for him to get salad dressing? The Telegraph reports:

The 69-year-old leader of North Korea slipped out of his suite at the Yangzhou State Guest House at around four o'clock on Monday afternoon and strolled for five minutes to the Suguo supermarket.

Kim, who is a known gourmet, reportedly then accosted one sales clerk and asked "Where can I find oil for a salad?"
Good olive oil is, of course, hard to come by in North Korea, where the World Food Programme said in March there were more than six million people on the brink of starvation and requiring urgent food aid.[...]

But while the North Korean leader paid special attention to the rice and oil in the supermarket, which closed at 1.30pm especially for him, he came away empty-handed. He went on to board his special train before heading to Nanjing and then to Beijing.
source:
http://blog.foreignpolicy.com/posts/2011/05/25/kim_jong_il_goes_on_a_salad_dressing_run Larry King talks about his views on technological advances at the Seoul Digital Forum, hosted by local broadcaster SBS, at the Sheraton Grande Walkerhill in Gwangjin District, western Seoul. [YONHAP]
Larry King, former host of CNN’s “Larry King Live,” the network’s longest-running talk show, said he would welcome the opportunity to sit down with North Korean leader Kim Jong-il because he’s interested in hearing from people perceived as being evil.

“I’m fascinated by how they got their point of view,” King said at the Seoul Digital Forum that began its three-day run at a Seoul hotel yesterday.

“Why they rule North Korea the way they do? Why so much emphasis on military? What do they worry about? What motivates them?” the 77-year-old award-winning, veteran TV host said in response to a question on which Korean he would like to interview if he could.

video Showing KJI and girlfriend arriving at Factory in Nanking.
I like those Chinese busses that keep flying by.
source:
http://blogs.wsj.com/chinarealtime/2011/05/24/video-appears-to-show-kim-jong-il-visiting-china-factory/ Every detail about North Korean leader Kim Jong-il’s secretive trip to China was pored over by journalists and Pyongyang watchers, including the image of a lady in fluorescent green spotted in his entourage.
On the fifth day of Kim’s trip, the day before he departed for a meeting with Chinese President Hu Jintao in Beijing, the leader spent a day in Nanjing and toured a factory of Panda Electronics, a Chinese electronics manufacturer.

A Chinese bystander took video of Kim getting out of a car to tour the factory, and the middle-aged woman in green was seen getting out of a different door. The video was posted on the Internet on Tuesday.

South Korean intelligence sources believe there is a high chance that the woman in Nanjing was Kim Ok, Kim Jong-il’s unofficial “first lady.”

Kim Ok has served as Kim Jong-il’s personal secretary since the 1980s, and has been considered his fourth consort, following the death in 2004 of Ko Yong-hee, his previous consort and mother of three of Kim’s four acknowledged children: Kim Jong-chol, Kim Jong-un and Kim Yeo-jong.
source:
http://joongangdaily.joins.com/article/view.asp?aid=2936716

An internet porn scandal involving a starlet who once interviewed Hillary Clinton on live television, another celebrity with links to Australia and the male singer in a fantastically successful teen pop band has erupted in Indonesia. <br />(factoid: Indonesia, with a population of over 200 million is the largest Muslim country in the world).<br /><br />At least <strong>two explicit sex videos are circulating widely</strong>, with ordinary Indonesians so captivated they are <strong>watching them on mobile phones in offices and while travelling on public buses.<br /></strong><br />More than <strong>30 further recordings are said to exist</strong>, all of them allegedly <strong>featuring pop star Nazriel &quot;Ariel&quot; Irham, lead singer in the pop band Peterpan, having sex with a range of nubile young celebrities.</strong><br />They are all said to have been on a laptop belonging to Ariel that was recently stolen.<br /><br />The affair, dubbed &quot;<strong>Peterporn</strong>&quot;, has piqued the interest of authorities from the national police up to Vice-President Boediono, whose spokesman said he was &quot;deeply concerned about the negative impact these porn videos could have on our children&quot;.<br />One of the actresses implicated in the scandal is<strong> Luna Maya</strong>, a part-Austrian movie and soap star who was until this week host of the country's most popular music show on television, Dahsyat (Awesome).<br /><br />Following the emergence of the sex videos, <strong>Maya has taken leave from the program</strong>, which famously featured an exclusive interview with the US Secretary of State during Mrs Clinton's visit to Jakarta last year.<br /><br />Among facts revealed to Maya during that hard-hitting encounter were the former first lady's love of The Beatles and The Rolling Stones &quot;because I am someone who loves the music of my youth&quot;.<br /><br />
:<lj-cut text="More under the cut...">

The youth of Indonesia now has a special reason to love the music of Peterpan, as the scandal gains momentum.<br /><br />Daily newspaper Koran Tempo reported that the videos were hugely popular among high-school students using internet cafes, and the affair has dominated social networking medium Twitter.<br /><br /><strong>Maya is in a relationship with Ariel, and the pair feature together in commercials for Lux soap.<br /></strong><br />The soap's manufacturer, the multinational company <strong>Unilever, announced on Wednesday that it would be scrapping the advertising campaign.</strong><br /><br />The existence of a sex tape featuring the pair presumably raises little more than eyebrows, but <strong>the woman implicated in a second &quot;Peterporn&quot; video, soapie starlet Cut Tari, has caused more serious problems, given that she has been married for six years.<br /><br />NSFW download site:</strong> http://gutteruncensorednewst.blogspot.com/?zx=a90ab577246338eb<strong><br /><br /></strong>source: http://www.theaustralian.com.au/news/world/sex-scandal-titillates-indonesians/story-e6frg6so-1225878143823<strong><br /></strong></lj-cut> CBS’s drama The Unit, about the lives of the highly trained members of a top-secret military division, was canceled last year, but a memo to its writing staff from its executive producer David Mamet has just surfaced online. (The source appears to be the online writing collective Ink Canada.) If you think you know where this is heading, you might be wrong:

Besides the fact that it’s written in all-caps, there’s nothing particularly ranty, pejorative or potty-mouthed about it. Rather, Mamet lays down an extremely sensible case for what makes good television, imploring them to avoid expository writing for what he characterizes as authentic “drama.” Along the way, he refers repeatedly to the “blue-suited penguins” (probably the copious-note-givers at the network), while passing along some very useful advice (“any time two characters are talking about a third, the scene is a crock of shit”) and helpful writing exercises (“pretend the characters can’t speak and write a silent movie”). Screenwriters, take note: You may think you knew this already, but there’s nothing like Mamet for a good kick-in-the-ass reminder.
More under the cut
( Collapse )

Not only is the world wide web allowing the Queensland adventuress to communicate with her support team as she attempts to become the youngest person to solo circumnavigate the globe on treacherous seas, her online presence is creating a global profile that is set to reap her big dollars back on dry land.
More than one million people each week log onto the 16-year-old's online blog and thousands are members of at least one of Jessica's four profiles on social media sites, which span the most popular social networking and video sharing tools.
Whether it's the enormity of her quest, the youthfulness of her simply-worded entries or her tales of dolphins, magical sunsets and battles with wild storms at the base of the world that attracts readers, there is no doubt Jessica's story has captivated the public's imagination.
It also means she is almost guaranteed to make a fortune from her experience whether or not she sails into Sydney Harbour to complete her journey as planned for late March or early April.
And her management is well aware of the hype.
"Definitely, there's no question the age, the technology, the world that we live in now [have boosted Jessica's profile],'' spokesman Andrew Fraser told brisbanetimes.com.au.
"[The internet means] a person's profile can go from nothing to anyone that does anything controversial or inspirational, the whole world can read about it at the click of a button."There's no question that that has impacted on the profile of not only Jess but other sporting people.
"It's extraordinary she has a global profile; a million hits a week consistently on the website and they're from 170 countries.
source: http://www.smh.com.au/technology/sea-of-green-awaits-internet-conqueror-jessica-watson-20100316-qbiq.html
Collapse